Paleo Pumpkin Pecan Cinnamon Rolls are such a delicious weekend fall breakfast! Ooey, gooey, with a delicious pumpkin spice cashew cream frosting. Recipe is refined sugar free, grain-free, and gluten-free, but no one has to know! 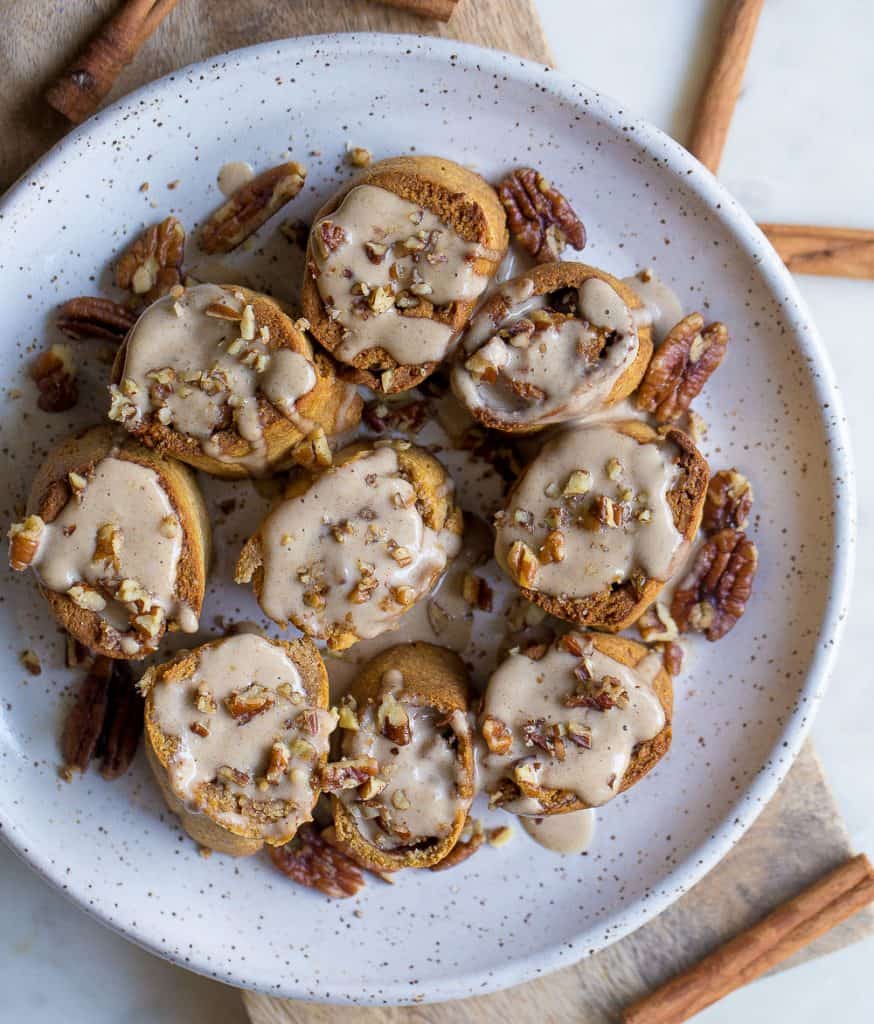 Are you finally feeling that change in the air this week? Those crisp fall mornings where a sweatshirt is needed to walk the dog, and and the smell of cozy pumpkin spice are two of my favorite things about fall. We can also add scarves, tall boots, plaid shirts, sweaters, and changing of the leaves to the list.

Want to know a new fall favorite of mine? Pumpkin Pecan Cinnamon Rolls! 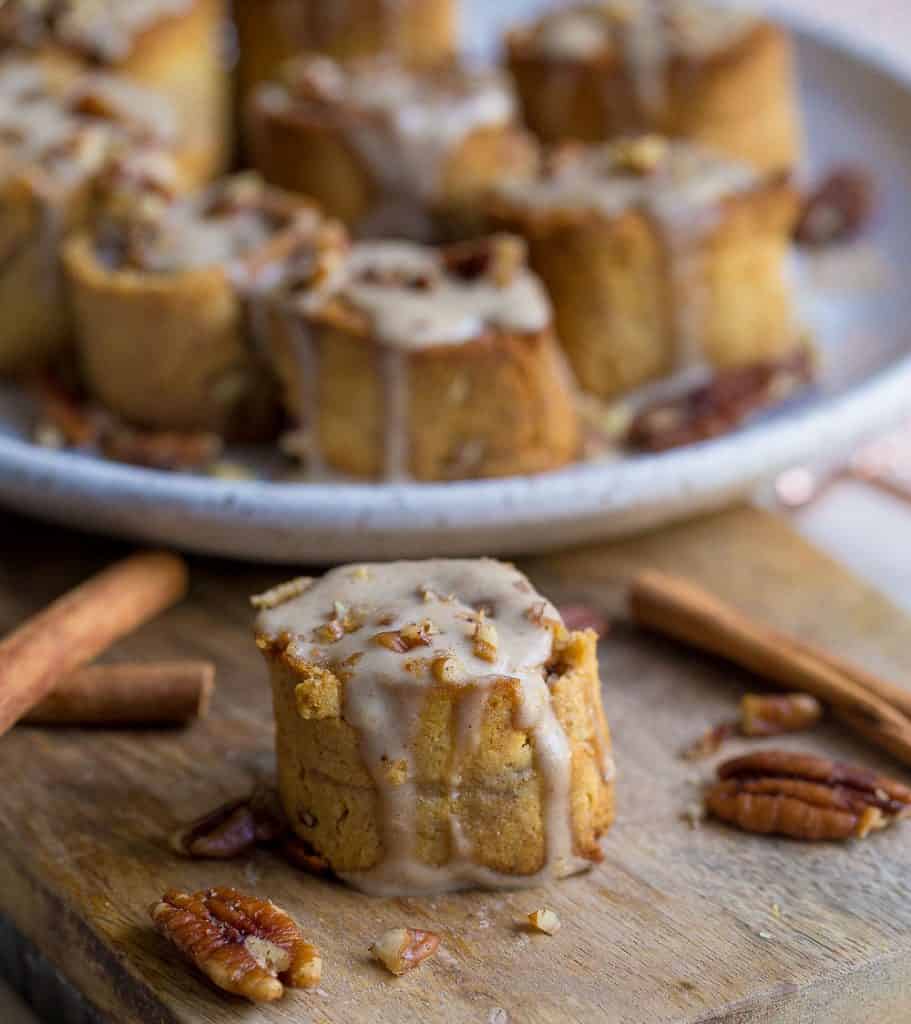 These mini cinnamon rolls were kind of the perfect treat on a cool fall morning after my September round of Whole30. This is the second year in a row where I did a fall Whole30 right as a reset from summer shenanigans. Baked goods are one of the things I miss the most while on Whole30! So I definitely wanted to choose my treat wisely……..

Instead of chocolate, I opted for something more seasonal with pumpkin. 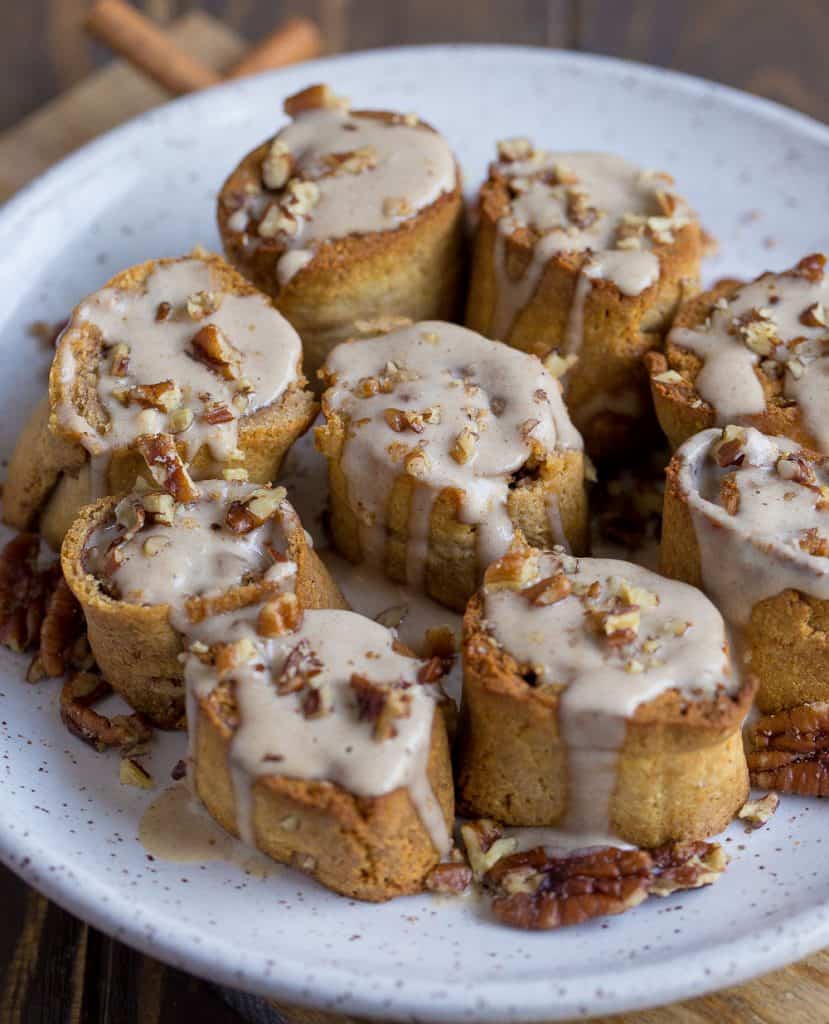 These Pumpkin Pecan Cinnamon Rolls surely did not disappoint! Slightly golden on the top, but a perfectly buttery like and perfectly spiced inside.

We start with an easy slightly pumpkin flavored dough, add in some diced pecans, dates, and cinnamon for the filling, roll them up and slice to bake, and then finally top with a creamy cashew pumpkin spiced icing. 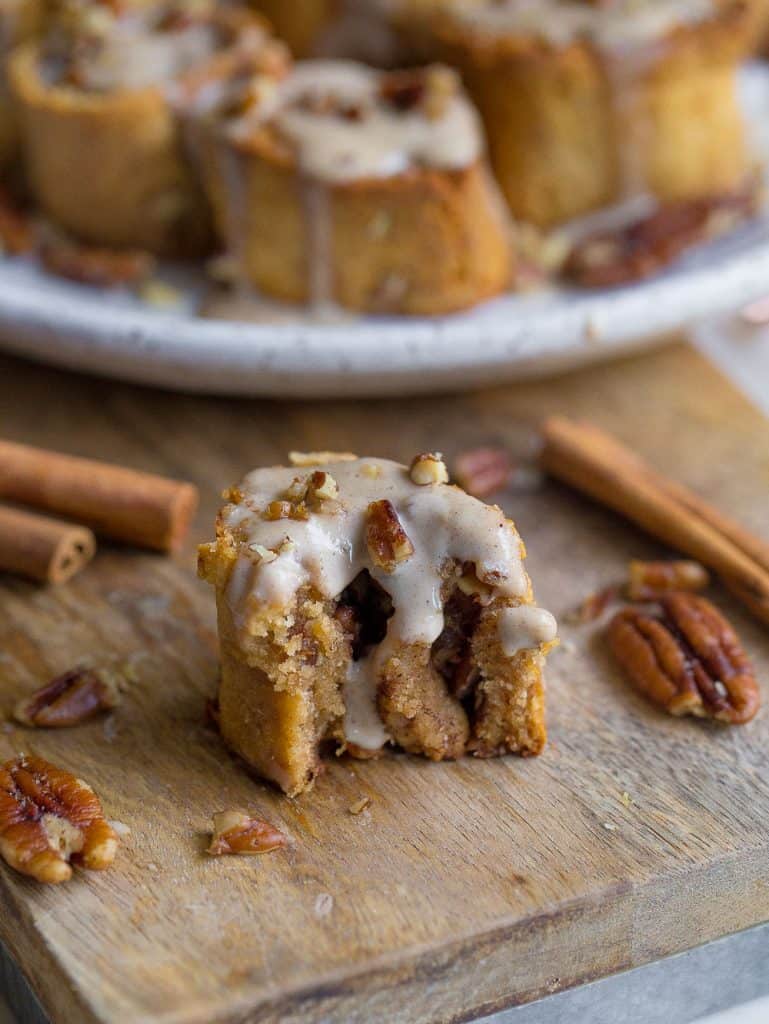 Best served along side a cup of coffee or tea. A fantastically delicious weekend breakfast, after school snack, or even a dessert. Serving warm out of the oven is not necessary, but highly encouraged!

**Note that this recipe can be halved for about 10 small cinnamon rolls. I went ahead and made the recipe larger because it was easier to make more cashew cream topping. These can also be frozen, with the glaze or icing stored in the fridge and slightly warmed before serving. 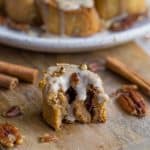 For the Cashew Cream:

I’m Amy, foodie, nutritionist, recipe developer, wife, and busy mom of 2. I am on a mission to create everyday nutritious recipes that taste absolutely DELICIOUS!!! I love comfort food with a healthy twist. Follow me as I share the simple meals I make for my family. I’ll make meal planning easy by telling you exactly what we eat every week! END_OF_DOCUMENT_TOKEN_TO_BE_REPLACED