Let’s welcome the beginning of September with Apple Pecan Blondies!! These delicious treats are here to remind you of all things cozy when it comes to fall flavors: chopped apples, cinnamon, pecans, and maple syrup are all included in these yummy blondies. Paleo, Gluten-Free, but loved by all. Grab your apron and let’s get in the baking mood! 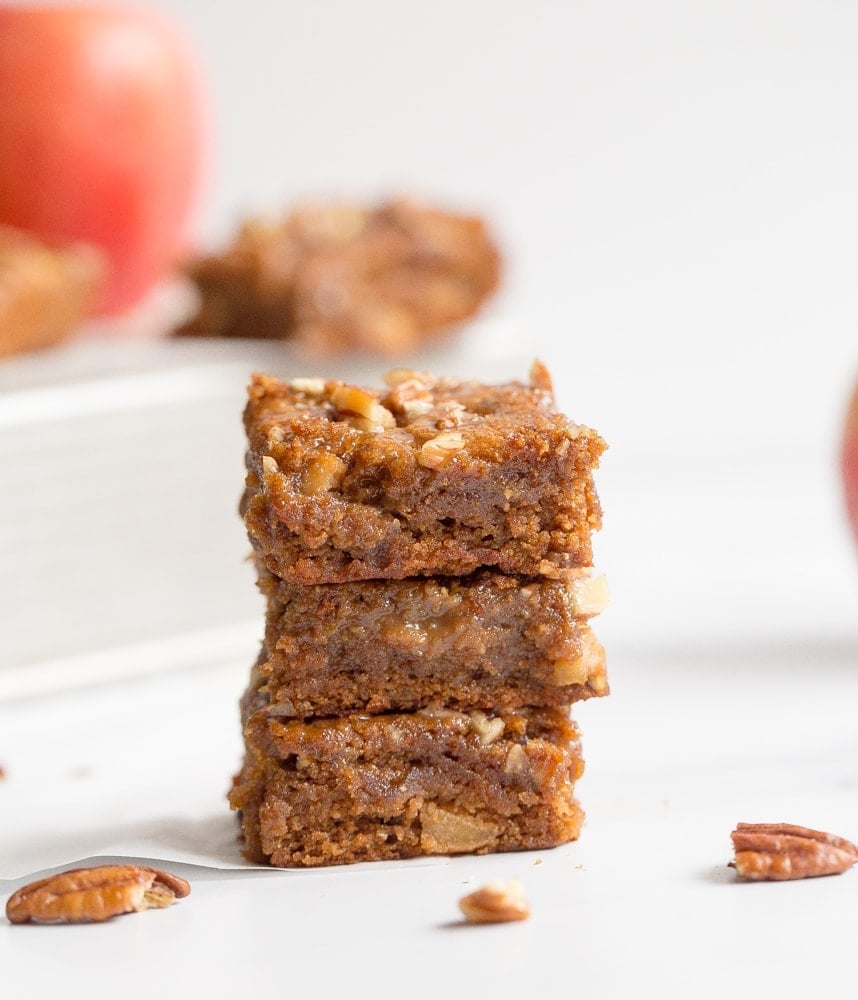 Allow me to introduce you to your new fall favorite breakfast, midday snack, and evening treat: Apple Pecan Blondies! Dense and moist squares with the yummiest hints of apples, cinnamon, crunchy pecans, and a maple syrup glaze to top it all off. These amazing treats are warm, simple, and cozy in the best way possible. If I could reach through the computer or phone and give you a hug, it would taste like a bit of these blondies!

You get the idea.

So why blondies? If you’ve been a Wholesomelicious follower for sometime, you know that I am much more of a chocolate girl. Brownies are my best friends. In the past few years, I’ve found a new love for blondies (the sweeter, vanilla flavored sister of a brownie). My Pumpkin Blondies and Banana Bread Blondies are 2 of my favorite desserts on my site! Although my love for brownies will always be strong, I am currently loving the many different flavors of blondies I can come up with.

So today, I bring you a new fall flavored blondie you will absolutely LOVE!! 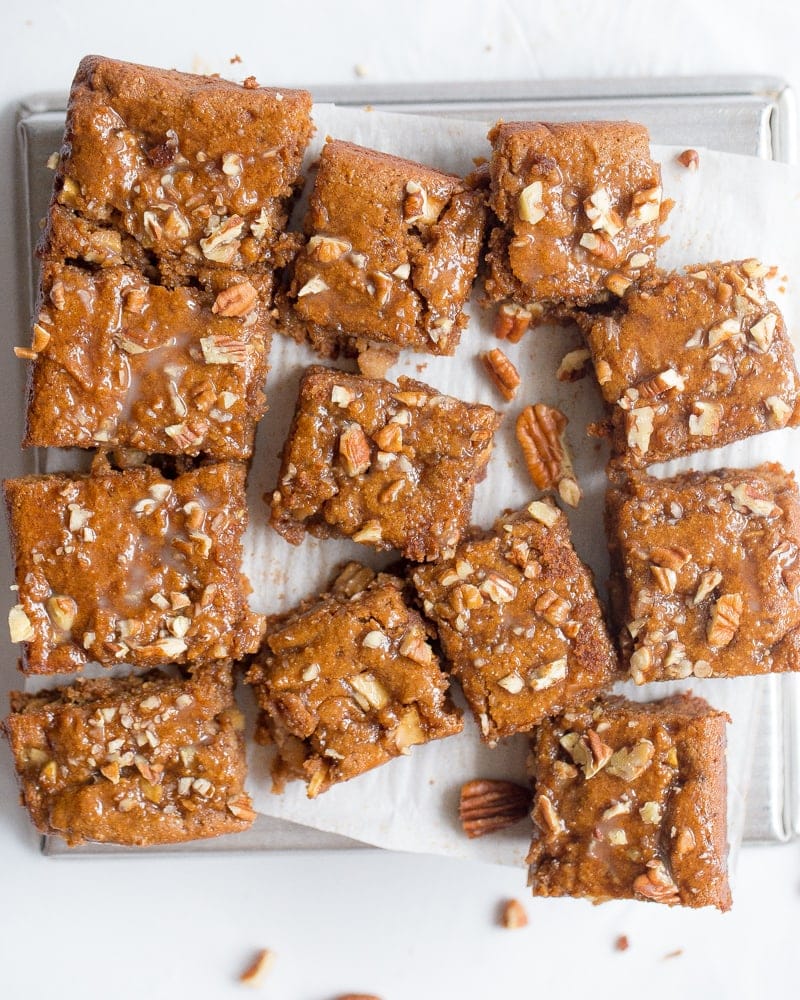 How to make Apple Pecan Blondies:

Here are the ingredients we will need:

Start by preparing an 8×8 baking pan by lightly spraying with cooking spray and lining with parchment paper like a sling. Preheat the oven to 350 degrees.

In a medium sized bowl, whisk together both flours, cinnamon, and baking soda. In a larger bowl or bowl with an electric mixer attachment, beat the egg with the nut butter, applesauce, coconut sugar, and vanilla extract. Once creamy, stir in the dry ingredients and incorporate well using a rubber spatula until no dry pockets remain. Fold in the chopped apples and pecans. 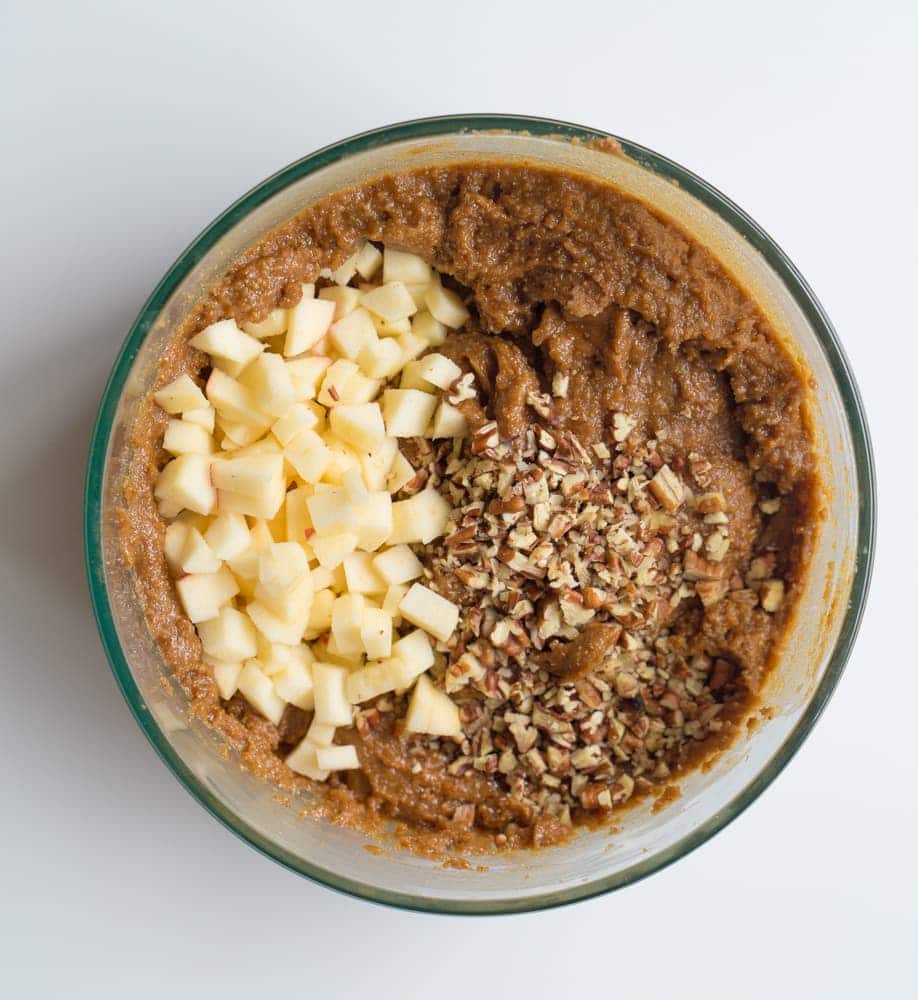 The batter will be thick. Using a rubber spatula, spread evenly in the pan. Transfer to the oven and bake for 22 – 24 minutes. 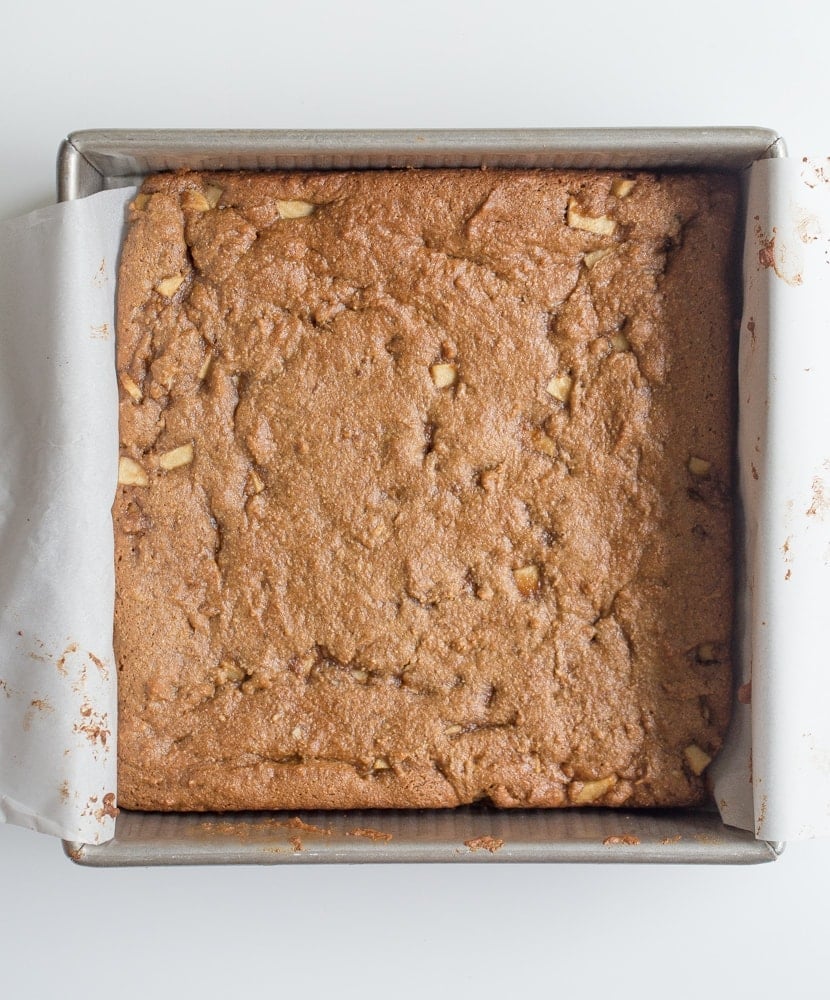 Once cooled, make the glaze. Stir together the maple syrup with coconut milk and sprinkle with cinnamon. Pour on the top of the pan, then sprinkle with chopped pecans. Cut into 16 squares. 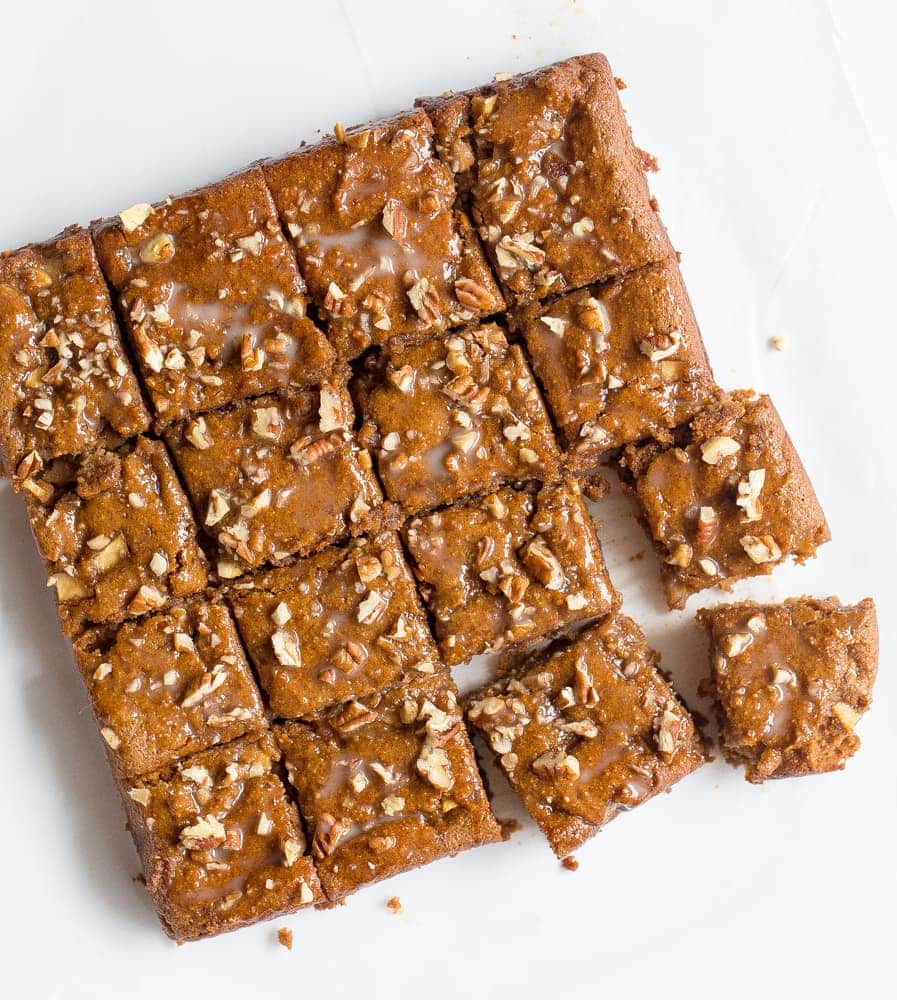 I prefer to freeze mine the day I bake, and bring each individual slice to room temperature for 20 minutes before enjoying. 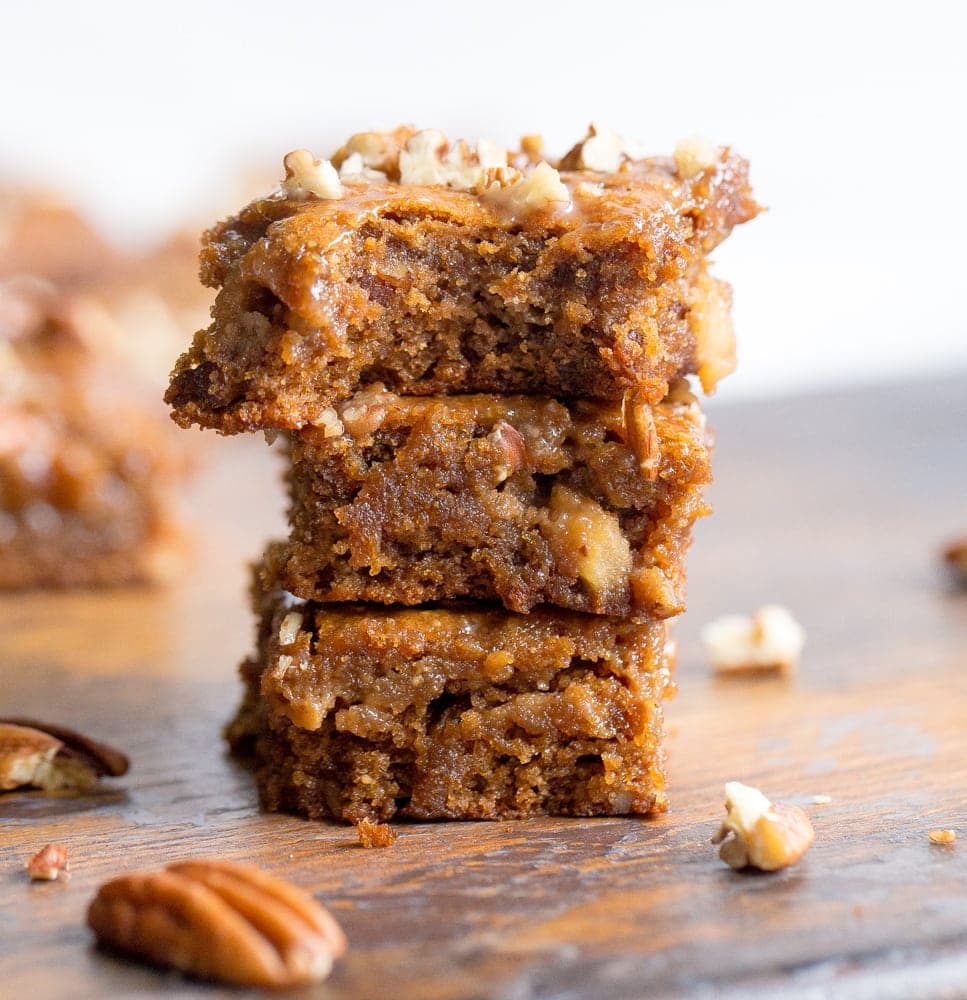 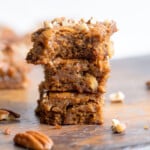 For the Maple glaze:

*I use cashew butter, but almond butter is also a good option

**Use a good baking apple like Pink Lady, Braeburn, or Honeycrisp.

I’m Amy, foodie, nutritionist, recipe developer, wife, and busy mom of 2. I am on a mission to create everyday nutritious recipes that taste absolutely DELICIOUS!!! I love comfort food with a healthy twist. Follow me as I share the simple meals I make for my family. I’ll make meal planning easy by telling you exactly what we eat every week! END_OF_DOCUMENT_TOKEN_TO_BE_REPLACED