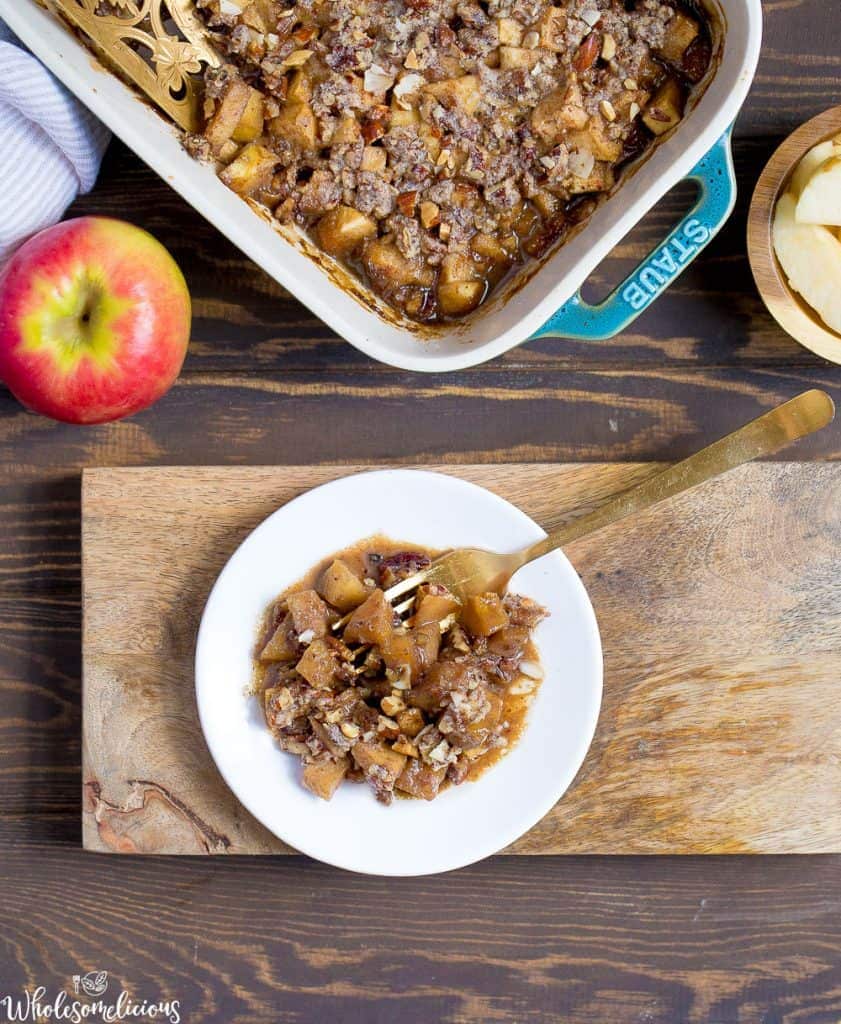 I am assuming that you are the type of person giddy with excitement over any type of fruit crisp recipe. Full disclosure, I am not one of these people…….

When I first met my husband, he told me his favorite dessert was an apple crisp. What the what?!?! Where does the chocolate go in an apple crisp??? I was born and raised a chocoholic, and fruit was something I ate for breakfast. Now after being married for 13+ years, I have learned that making my husband an apple crisp, apple pie, or any apple dessert a few times a year is a way to make him very happy.

So let me introduce you to Caramel Apple Crisp. 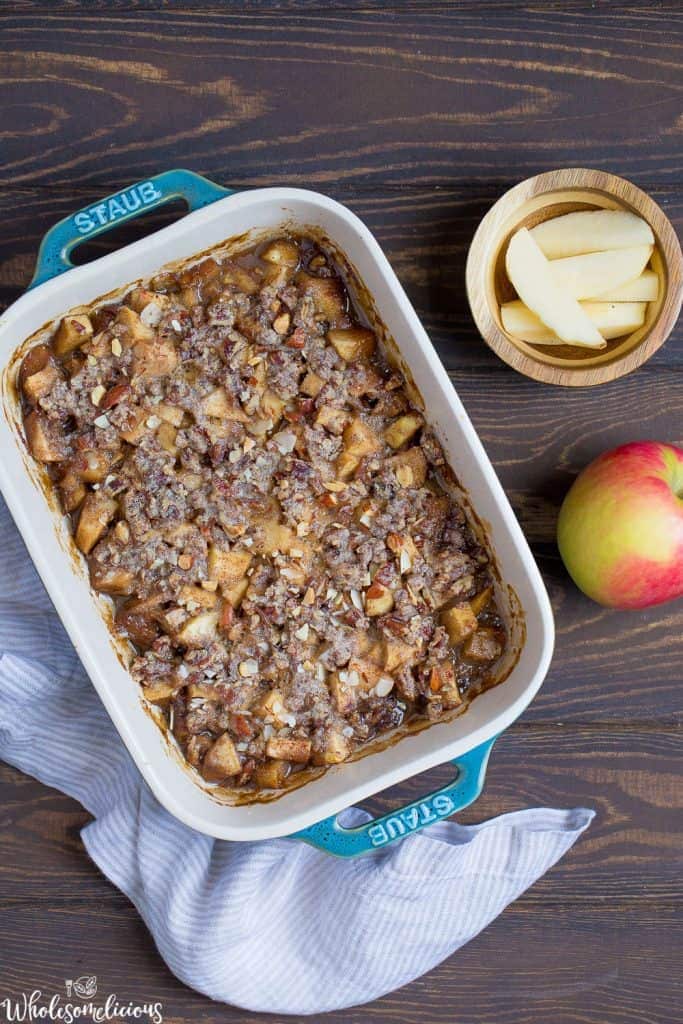 This is the kind of recipe that should be on repeat all Fall. It’s one of the fastest, easiest, and crowd pleasing desserts to serve. Need to navigate around anyone with food intolerances? Gluten-Free, Vegan, and Paleo it is!! Need something just really yummy?? It’s definitely all of that too.

This chocoholic is a huge fan. The salted caramel baked in with apples has kind of sealed the deal for me. It’s a different twist on a traditional apple crisp that I know you’ll love! 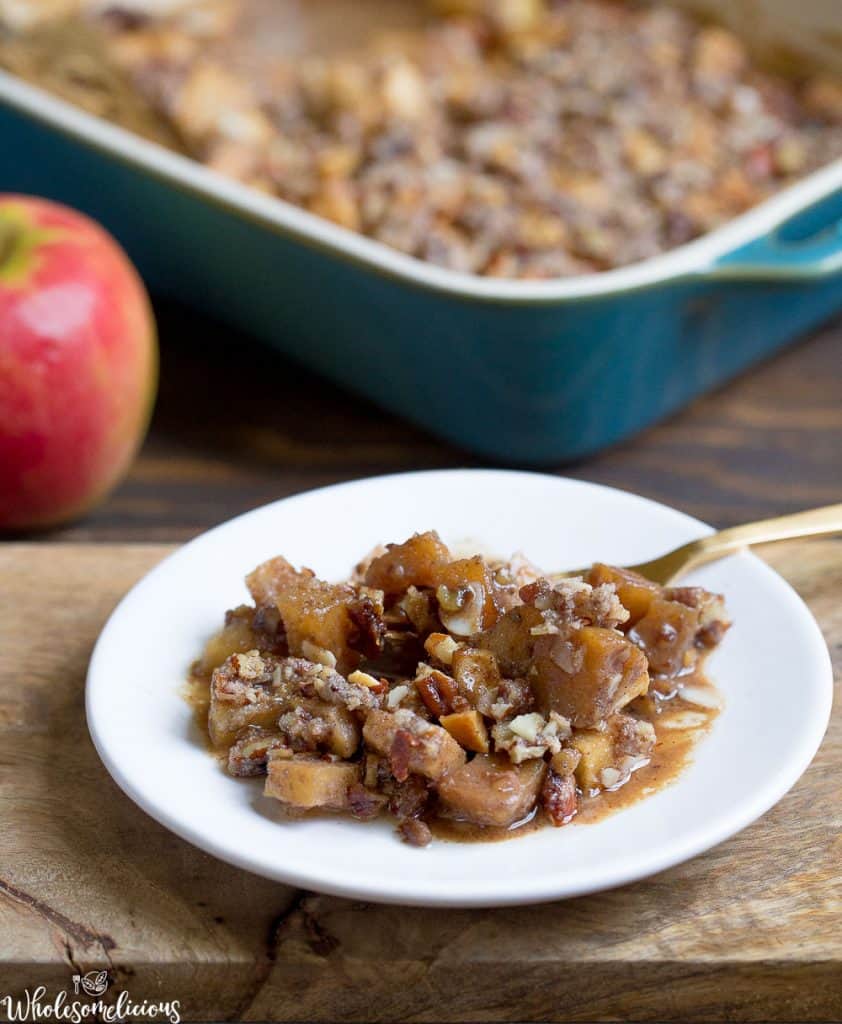 The topping is a delicious combo of crunchy pecans, cinnamon, coconut sugar, cinnamon, almond flour, and coconut oil for that buttery taste and texture.

Serve with vanilla ice cream or any type of whipped topping. Or just grab a spoon and dig in!

I promise you won’t be disappointed. 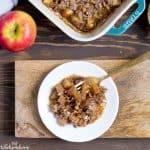 For the Apples and Caramel

For the crisp topping:

I’m Amy, foodie, nutritionist, recipe developer, wife, and busy mom of 2. I am on a mission to create everyday nutritious recipes that taste absolutely DELICIOUS!!! I love comfort food with a healthy twist. Follow me as I share the simple meals I make for my family. I’ll make meal planning easy by telling you exactly what we eat every week! END_OF_DOCUMENT_TOKEN_TO_BE_REPLACED