We’re mashing up summer flavors with the beginning of fall in this Paleo Zucchini Apple Bread!! This deliciously moist bread has a cinnamon pecan crumb topping that you are going to love. Bake a loaf to enjoy throughout the week for breakfast or a snack, a dessert, or even bake for a friend! 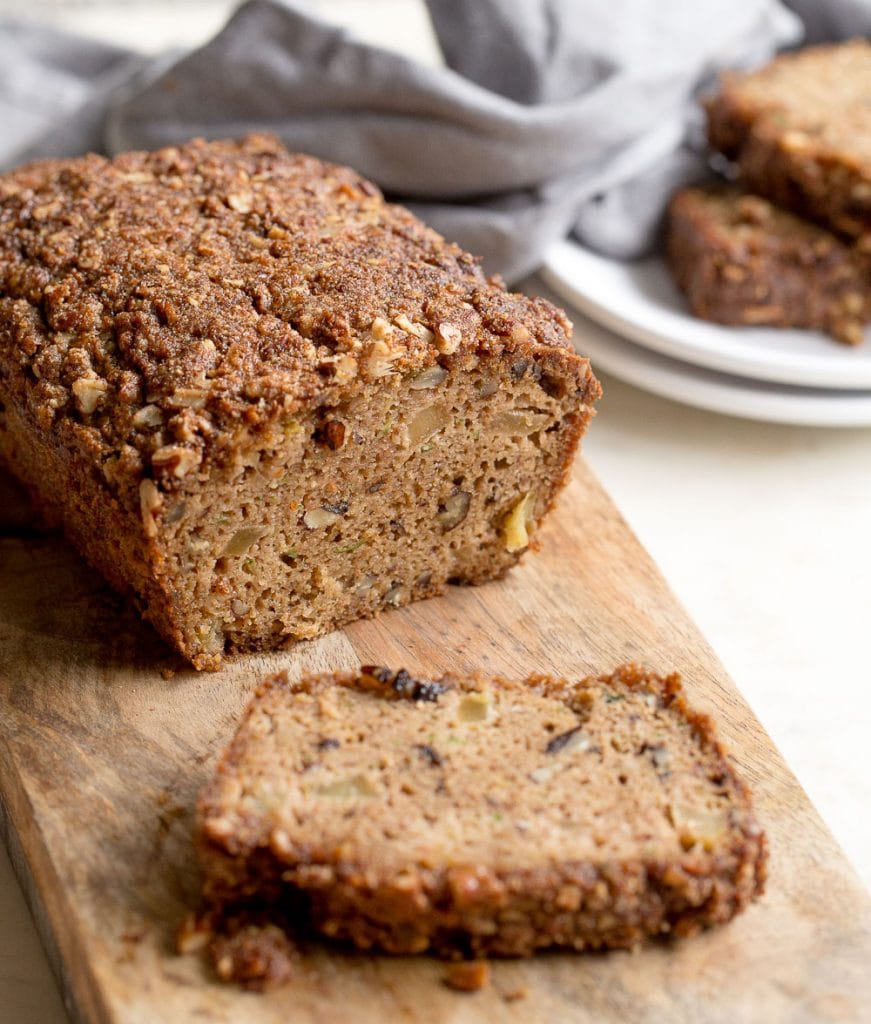 It’s that time of year where the weather is still warm and we’re wearing shorts, mornings and evenings are beginning to cool down, the kids are back to school, routine is in full effect, and I’m not quite sure if I want summer to stick around a little longer or if I just want to jump feet first into the fall season! 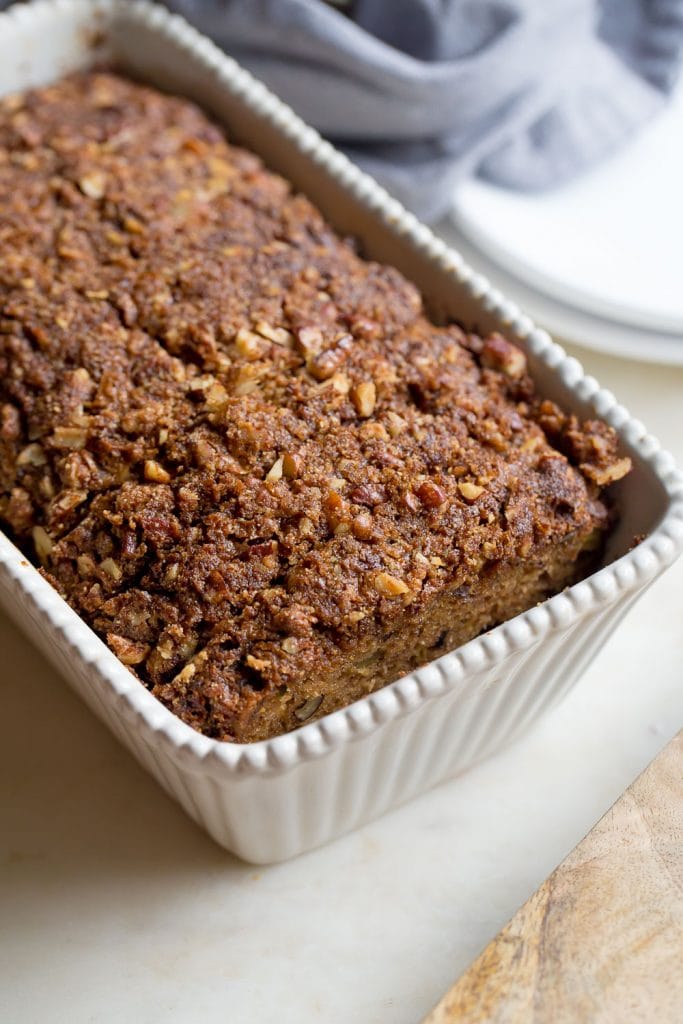 I’ve been wanting to get this recipe for you all for the last 5 days, but a pesky cold (AKA the worst sickness I’ve ever had in my life) has decided to make it’s appearance. So while I’ve been laying up in bed and resting the past few days, the highlight of my day has been a cup of Earl Grey Tea and a slice of this glorious bread with some butter.

It is exactly what has dragged me out of bed, literally! 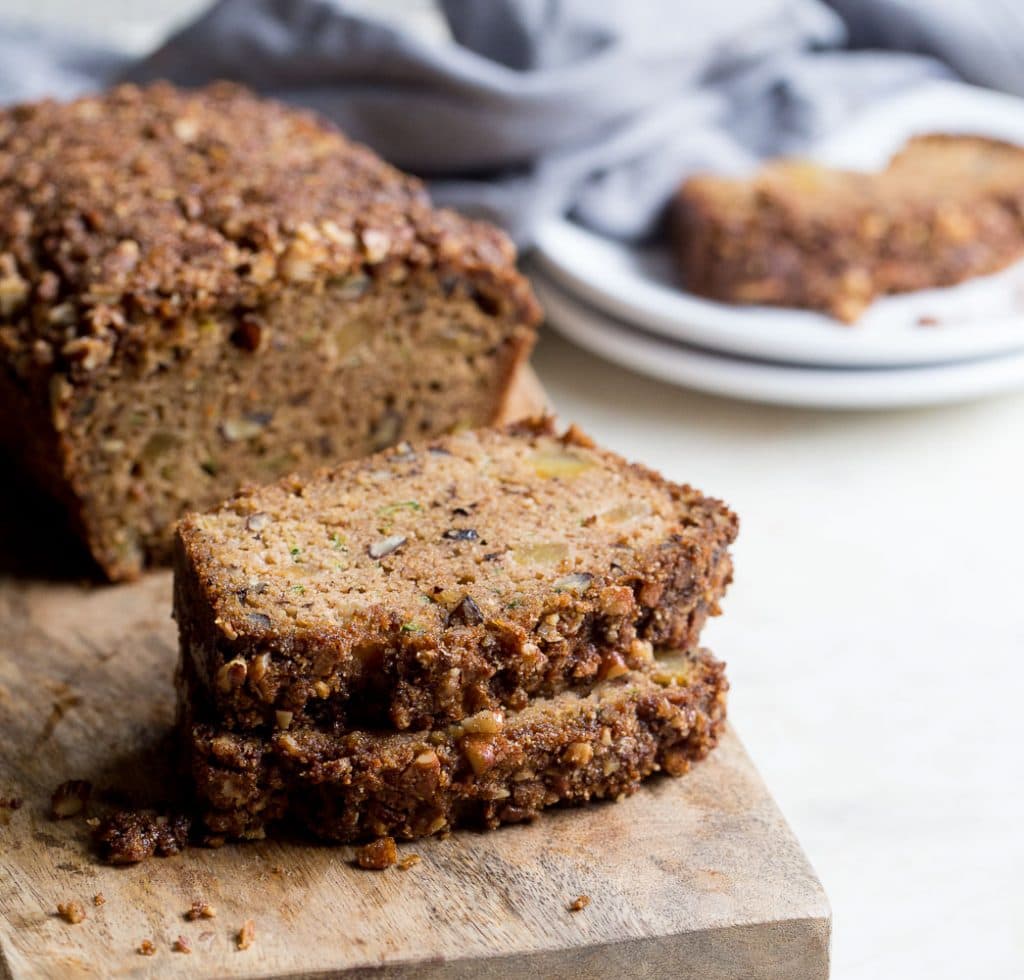 We use grated zucchini and finely chopped apples. I also tossed in some optional chopped pecans (because I love the crunch in my bread!)

Spread into a loaf pan, top with a crumb mixture, and bake for one hour. You’ll get this beautifully baked and yummy smelling bread! 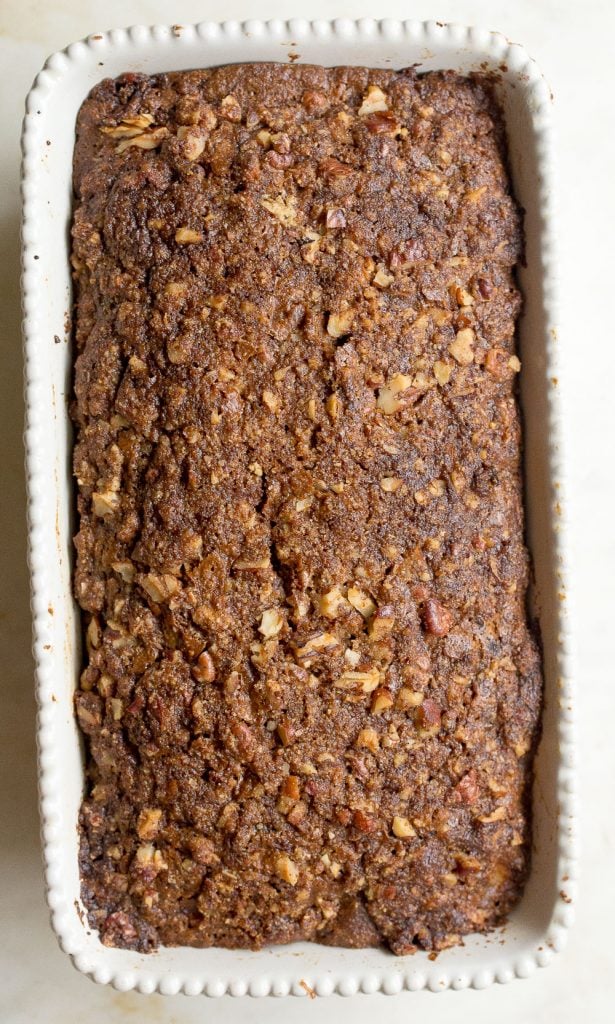 Once it’s cooled, cut into slices. Or freeze and enjoy later. I have been enjoying mine with some butter, but my kids prefer it plain and warmed up for breakfast. Also a great idea! 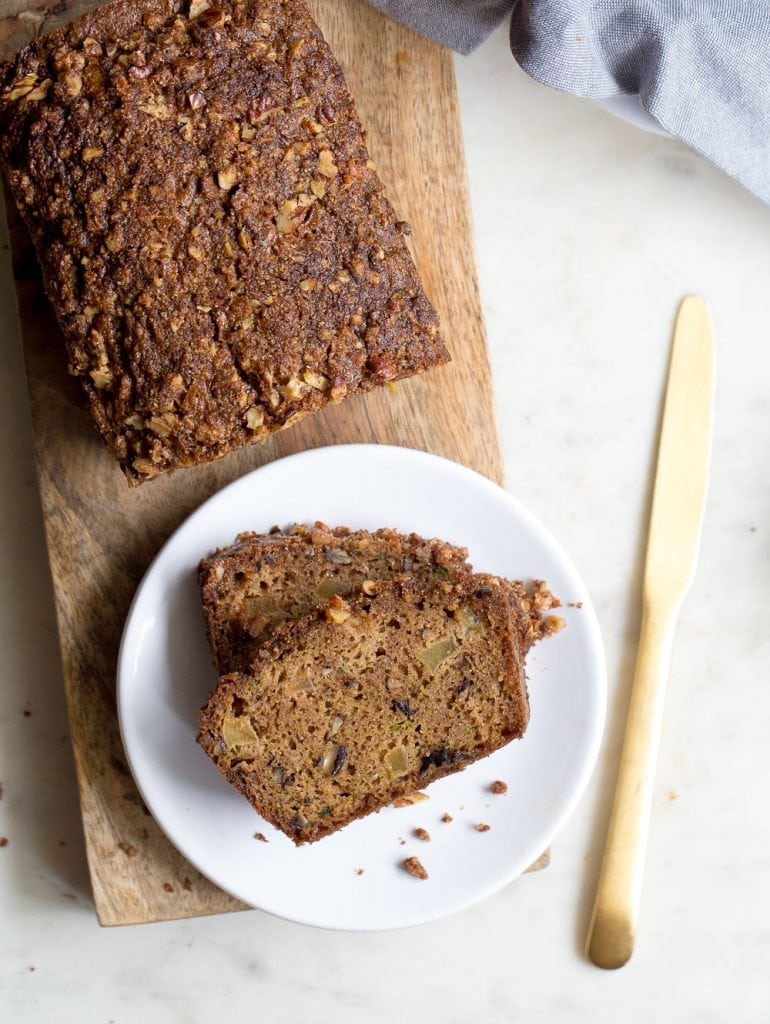 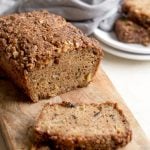 For the Zucchini Apple Bread

For the crumb topping:

*Use a good baking apple like Braeburn, Pink Lady, or Honeycrisp.

I’m Amy, foodie, nutritionist, recipe developer, wife, and busy mom of 2. I am on a mission to create everyday nutritious recipes that taste absolutely DELICIOUS!!! I love comfort food with a healthy twist. Follow me as I share the simple meals I make for my family. I’ll make meal planning easy by telling you exactly what we eat every week! END_OF_DOCUMENT_TOKEN_TO_BE_REPLACED